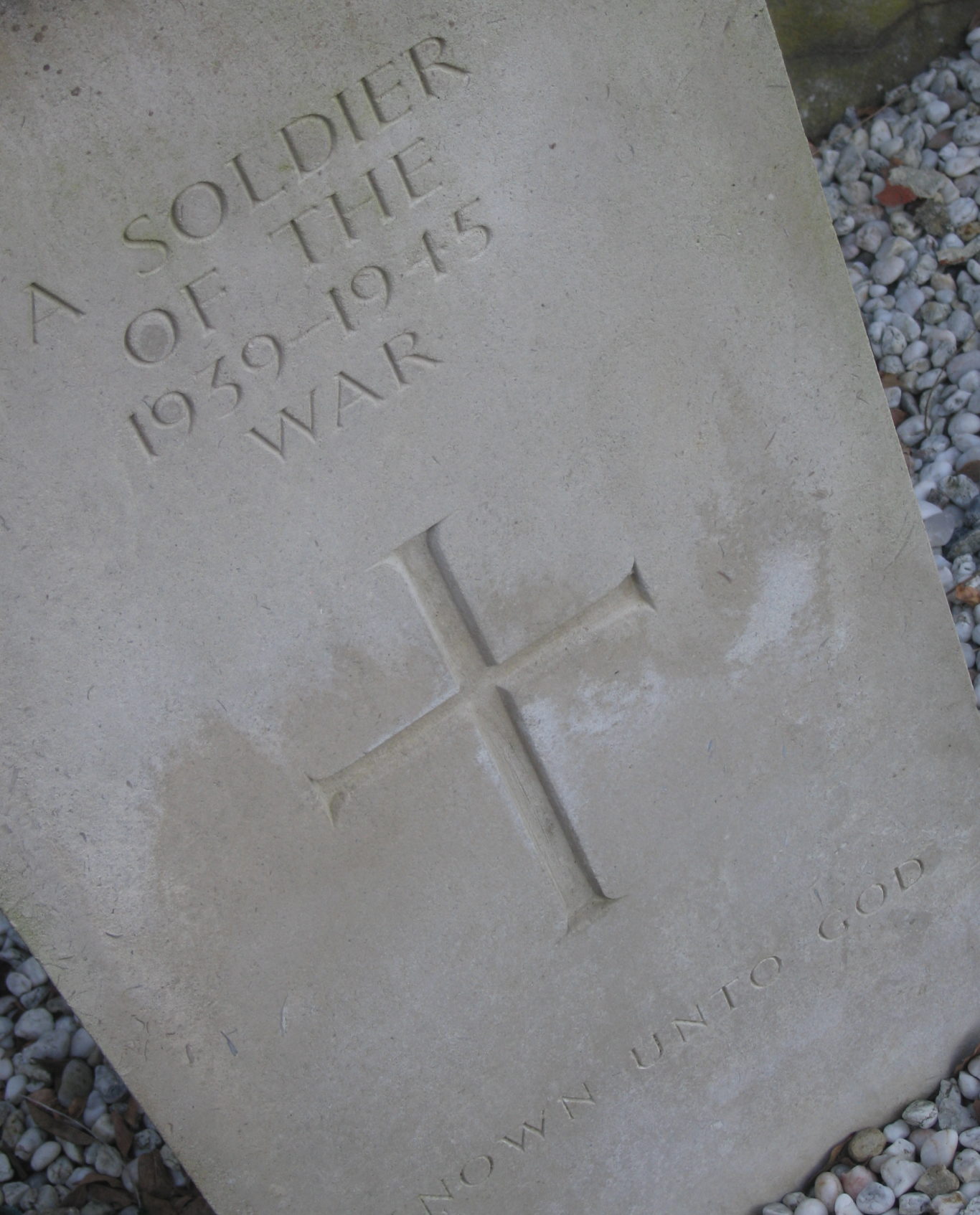 May I take the liberty of sharing an oral testimony made last year by Mr Maurice Somers who, as a then 11 year old boy, was a first-hand wittness of the scene where six Britisch soldiers were found dead. All six soldiers, of whom four have a tomb stone ‘Known unto God’, are burried at the Commonwealth War Cemetry in Terlanen, Overijse, Belgium.

“In an open agricultural field of Terlanen, their bodies were lying in pairs at about 10 metres distance from each other, all with shotwounds in their heads” witnessed Mr Somers. In their defence of the KW line they must have fallen on Thursday 16 may 1940. Mr Somers was at the scene in the morning of Saturday 18 May, a rather warm day. When he returned in the afternoon, the bodies were gone.

From research undertaken by Dr Raymond Denayer in 1984 on basis of data maintained in the communal civil registration system of Overijse, we learn that the bodies were moved from their temporary graves to the cemetry of Terlanen on 31 August and 3 September 1940.

Both Mr Somers’ testimony and Dr Denayer’s research suggest that a mix up of bags and other means of identification may have been caused by the particular position in which the bodies were found, lying in pairs and as per Mr Somers’ own words “two-by-two and hand-in-hand”. In addition, a time lap of over three months between the temporary and official burial may have caused further inaccuracies.

It is likely that all six soldiers belong to the Royal Berkshire Regiment, and following are details we have been able to extract from local documents and that warrant your much respected attention for purpose of verification and possible identification:

In 1986 you have already made an additional verification and we would be equally grateful for your verification of the above references under question mark.

As our communities engage for WWII remenbrance activities (2020-2025), we truly hope that the above-mentioned information may help in paying a much deserved tribute to the families of these brave men who gave their young lives for our community far away from home.

Dear Mr Thomas, as mentioned during your visit to ’t Klein Verzet in Terlanen, I am pleased to send herewith a proposal of letter – already drafted on 7 April 2020 – to further the identification of the six soldiers fallen in de fields of Terlanen, among whom Lieutenant H.P. Thomas. Kind regards, Dirk Jena